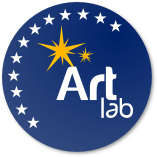 The Czech Proof House for Arms and Ammunition is residing in Prague 3, Jilmová 759/12, in the same building from its foundation in 1891. It is an authority of the State administration with an all-country activity, enacted by the Act No. 156/2000 Dig., on the proof of firearms, ammunition and pyrotechnic objects and on modification of the Act No. 288/1995 Dig., on firearms and ammunition, in wording of the Act No. 13/1998 Dig., and of the Act No. 368/1992 Dig., on administrative fees, in wording of later regulations. The Authority is subordinated to the Ministry of Industry and Commerce of the Czech Republic.